A protected bikeway guides cyclists and scooter riders through downtown and builds upon a network of roads that prioritize those ways of travel. 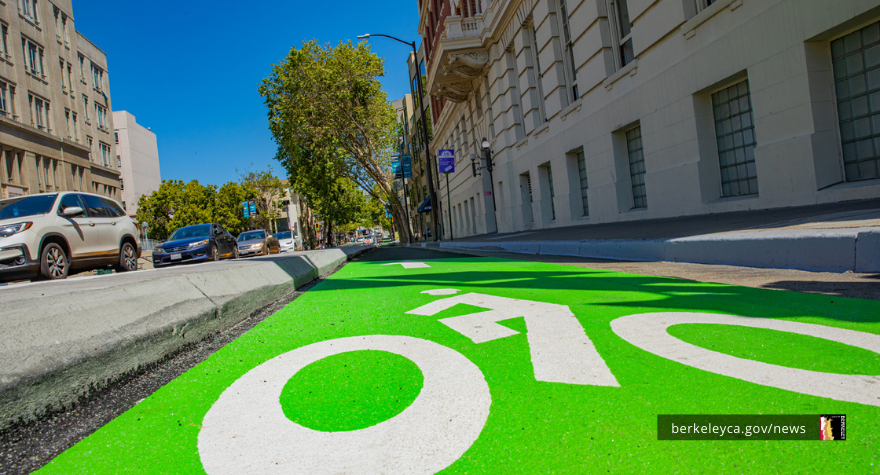 Ride your bike or scooter along a new, slower-speed, protected corridor that takes you north or south through downtown and connects to an increasingly fortified bicycle boulevard network.

The 12-block stretch of Milvia Street from Hearst Avenue to Blake Street uses parked cars and other barriers to separate riders from moving vehicles, whose speeds are also slowed to increase safety.

In a downtown that is the most heavily trafficked part of the city, it’s now safer than ever to bike to Berkeley City College, Berkeley High School, the Addison Street arts district, and a bevy of downtown merchants.

Connections to AC Transit and Downtown Berkeley BART are easier to make, especially in tandem with services like BART’s bike station or shared bike and scooter share.

If you’ve been hesitant to ride your bike across town, the new Milvia bikeway might give you a new reason to try.

These solutions reflect coordination with dozens of private and public entities, each of which has particular needs. This work preserved ADA-accessible parking, merchant loading zones, and the continuation of bike lanes through construction areas.

In designing a road that makes space for all types of travel, more people are served.  Congestion is reduced. It’s easier for all people to move through Berkeley. In doing so, we also protect the mobility of people with lower incomes – who are more likely to walk, bike, or use mass transit.

This bikeway represents work by the city and community members to identify solutions with a big impact.

Among cities of 100,000 or more, Berkeley has the highest percent of people who bike to work. Prior to this project, over 500 bicyclists rode through the intersection of Milvia and Channing during the 2-hour afternoon peak period alone. During the same period, over 400 rode through Milvia and Hearst.

City staff coordinated funding from a variety of sources, including grants from the Alameda County Transportation Commission and the State of California Affordable Housing and Sustainable Communities program.

The completion of this corridor adds to a protected bikeway network in and around the downtown – including on Hearst Avenue, Fulton Street, and Bancroft Avenue. And they build upon a bicycle boulevard network that discourages vehicle traffic and prioritizes through-traffic by bicyclists.

See how you can use them as you travel through Berkeley. 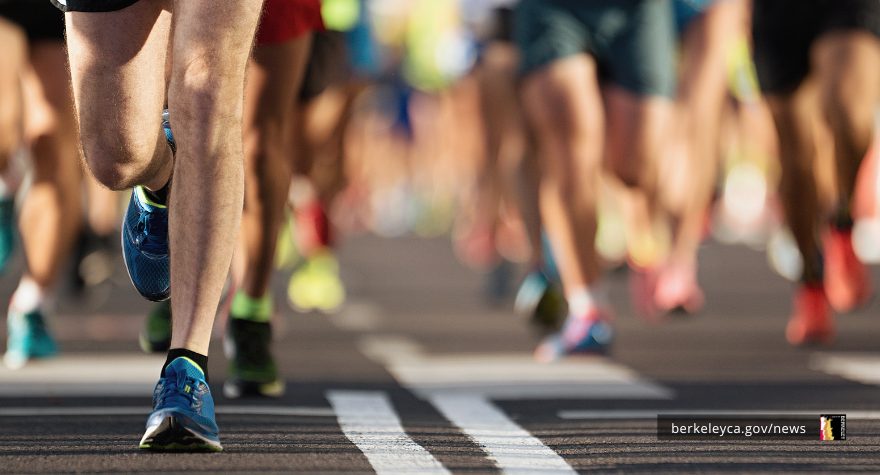 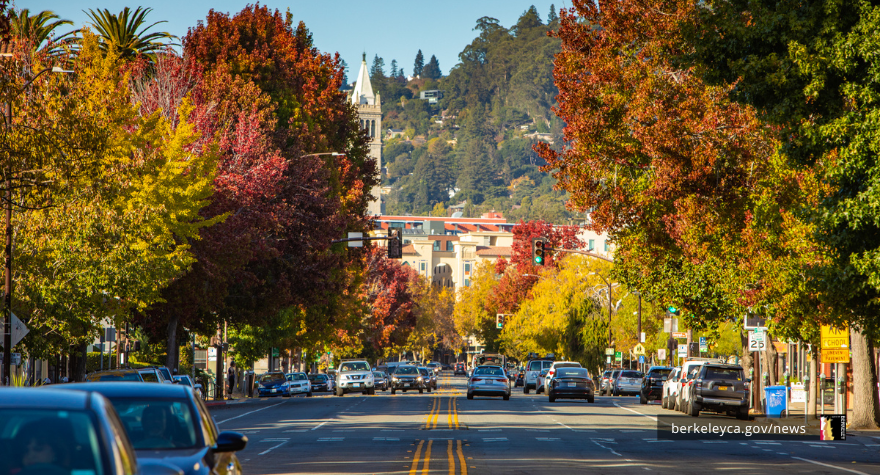 On Oct. 26, learn and give input on plans to redesign Telegraph Avenue 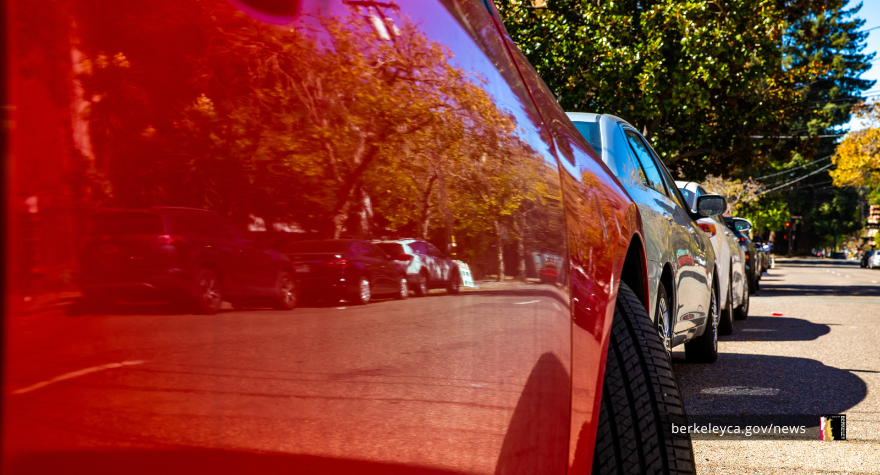 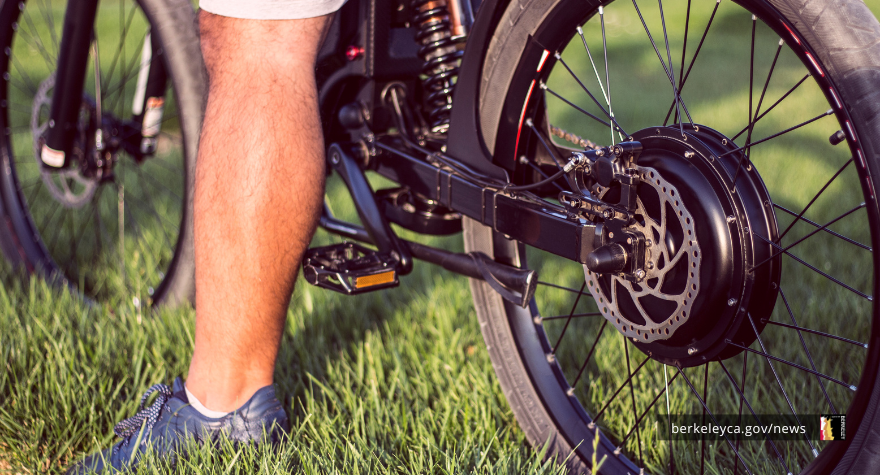 Test drive and explore benefits of electric bikes, scooters, and cars on Oct. 15