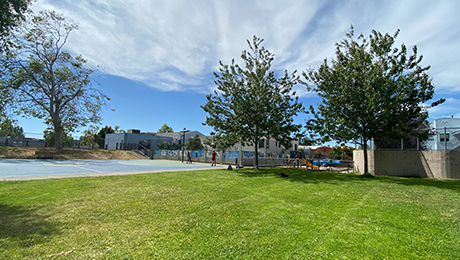 Greg Brown Park offers a variety of opportunities for play and recreation.

This parcel of land was purchased by the City of Berkeley in the early 1900s, and in 1973 additional parcels were purchased with monies allocated from Housing and Urban Development (HUD) and Capital Improvement Program (CIP) funds. Park plans were developed in 1973, and the park and clubhouse were dedicated at an open house held on May 27, 1976. Originally called the Harmon Street Neighborhood Park, it was formally renamed after a youth who collapsed and later died while playing in a Berkeley High School basketball game.