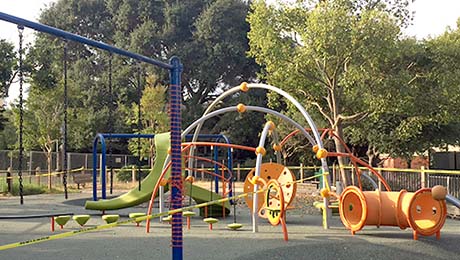 Willard Park is the main neighborhood park in Southeast Berkeley and includes a large grassy area in addition to a clubhouse and tot lot developed in partnership with the community.

In 1957 and 1964 the City purchased parcels to create the park, and in 1968 funds were allocated from Housing and Urban Development (HUD) monies to purchase the remaining property of the current park site. Plans for a user-developed park with joint use between the City and Willard School were approved in April 1969. The land was cleared of buildings in the summer of 1969, and an interim park was developed in the fall.

In August 1970, the Willard Park Citizens Committee approved final drawings for Phase II of the park development. The park was officially dedicated on June 20, 1971. During the years of the Vietnam War, it was called Ho Chi Minh Park by community activists.

In 1976, funds from Measure Y, the bond measure passed in 1974 to increase recreational opportunities for Berkeley’s citizens, were allocated for renovation of the tot area, and on May 8, 1982, ceremonies were held to name the park after Frances Willard, a suffragette, educator, and temperance leader.