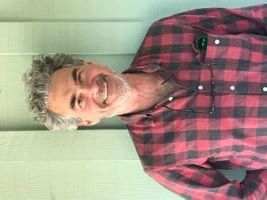 Berkeley Sonic Prayer Flags is an eight-channel sound installation featuring an eclectic mix of music and soundscapes from the past and present. The work is inspired by Berkeley’s rich history, chronicled in archival recordings from KPFA, Pacifica Radio Archives, The Berkeley Art Museum and Pacific Film Archives, 1750 Arch Street, Gamelan Sekar Jaya, Bay Area Radio Drama, and The Hub. From intimate personal performances to gatherings of celebration, these compositions span a range of over 50 years of recordings, including songs from 1500s chamber music to modern day electronic networking. The piece invites listeners to witness the range of influences, outstanding musicianship, innovative instrument building, radical thinking, and creative imagination that inspired the musical sounds of Berkeley today.

This piece is dedicated to Erik Bauersfeld who served as the Director of KPFA’s Drama and Literature Department for over 30 years, and who mentored scores of sound artists with his love, knowledge and appreciation of the arts

More information on Jim McKee’s work can be found at earwaxproductions.com.

The outside world of human noises has been quiet lately. However, in the confines of closed quarters during quarantine, many have made their own soundscapes by singing or playing music while waiting for life to open up again. The Moments Before is the story of what happens prior to a performance. It is a sound collage of amateur and professional players and singers of all ages experimenting, rehearsing, and tuning their instruments. As a surround sound composition, The Moments Before is composed of over a hundred acoustic and electronic recordings from around the world made during the COVID-19 quarantine in 2020. Instruments and vocal approaches vary wildly and at any given moment one might hear scatting, humming, tuning, singing, and a variety of instruments from a diversity of countries. Disparate sounds are mixed in layers sometimes in dialogue with each other and at other times alone in their own intimate sonic worlds. The Moments Before is the soundtrack of anticipation while waiting to experience the full concert again.

Born in Texas and raised in California, Margaret Noble’s experimental artworks have been exhibited nationally and internationally. Her interdisciplinary work resides at the intersection of sound, sculpture, and performance. Her interdisciplinary artworks have now evolved into interactive sculpture and installation investigating technology and history.

Danny Clay is a composer and teaching artist whose work is deeply rooted in curiosity, collaboration, and the sheer joy of making things with people of all ages and levels of artistic experience. For the sound installation “From Place to Place,” he gave a creative challenge to over a hundred young musicians throughout the Bay Area, from kindergarteners to high schoolers. Using instruments, voices, and objects found around their living space, the young musicians made recordings of original sounds inspired by these prompts, which were assembled to create this site specific musical collage for the downtown Berkeley BART Plaza.

Danny Clay works closely with artists, students, and community members alike, he builds worlds of inquiry, play, and perpetual discovery that integrate elements of sound, movement, theater, and visual design. His work has been performed by the International Contemporary Ensemble (ICE), the San Francisco Contemporary Music Players (SFCMP), Ensemble Dal Niente, and has been presented by the deYoung Museum, San Francisco Performances, the McEvoy Foundation for the Arts at the Minnesota Street Project, the Grey Area Foundation for the Arts, the Meaney Center for the Arts in Seattle, and university programs throughout the United States.

“From Place to Place” was mastered by Brendan Michael West.

Special thanks to the participating youth ensembles and their directors:

Violinist Thea Farhadian and guitarist Dean Santomieri have been performing together since 2011. Their music is almost exclusively improvisational – created in the moment from many stylistic and global musical influences. Their creative process results in a musical conversation. One player begins and the other responds intuitively based upon the timbre, pitch, energy, and artistic direction of the music. “A New Sense of Place” is a site-specific sound installation created in the hope that people moving through the plaza will be pleasantly roused from their thoughts, conversations, or devices, by the unexpected gift of music. Thea Farhadian is a performer/composer who works with solo violin and interactive electronics, acoustic improvisation, solo laptop, radio art, and video. Dean Santomieri composes and performs using electric resonator guitars in non-standard tunings.

"Histories of the Present" is a multichannel site specific sound installation featuring field recordings from Berkeley’s urban, industrial, and natural environments interwoven with recorded multilingual texts sourced from the City of Berkeley’s municipal codes. The artists digitally processed and synthesized the sound samples to create a harmonic composition which moves through the plaza space and becomes a meditation on the contingent relationships between the array of human activity taking place in Berkeley and the area’s ecological systems. More information on the artists’ work can be found at www.yannnovak.robertcrouch.com.

“Immersion—Bay Area Soundscape” is a discrete eight-channel installation using sounds of nature the artist recorded in the Bay Area over many years. The sonic environment this work creates is reminiscent of sounds that once likely existed in this very location—windstorms, thunder, rain, streams, a seashore, underwater sounds, frogs, crickets, and birds. “Immersion” follows water from storm to creek and ocean portraying nature’s water cycle, which is so critical to the life of this planet. Sounds travel both laterally and through the four pairs of speakers, providing an immersive experience for people standing still or traversing the space. For more information on the artist’s work visit www.maggipayne.com.

"Berkeley Rain" by composer and sound artist Edmund J. Campion. “Berkeley Rain” is a site specific music composition and sound installation created for the Berkeley BART Plaza. It is a timepiece, not for telling time, but one whose mysterious sonic repetitions express a continual and immersive now. Inspired by the unifying effects of rain and resonance, the sounds drip and pulse as they spatially accompany each passer-by. This audio soundscape is thirty minutes long and repeats on the hour and half hour. The work includes singing voices from the University Chamber Choruses at UC Berkeley, led by the Director of Choral Programs, Wei Cheng. Steve Adams provided the saxophone fragments and Jeremy Wagner, from the Center for New Music and Audio Technologies (CNMAT), assisted with recording and spatial audio mixing. Edmund Campion has been active as a composer, performing artist, software developer, collaborating artist, sound artist, and educator for over 25 years. He is a Professor of Music at the University of California, Berkeley, and is the Director at the Center for New Music and Audio Technologies (www.cnmat.berkeley.edu). More information can be found at www.edmundcampion.com.

"The City, The Block, A Village Amongst Us…" by sound designer, composer and recording engineer Gregory Robinson is a soundscape representing the City of Berkeley's rich cultural and racial diversity, its history of political protest, and its atmosphere of creativity and artistic expression. Created for the BART plaza sound poles, Robinson's audio composition weaves together an array of evocative sounds taking listeners on an auditory journey of the city through sound.

The first sound art installation presented on the plaza was an original site-specific composition by local composer and electronic musician, Chris Brown, called "Flow in Place" which is comprised of field recordings of musical performances and natural and urban environments from around the world. These recordings were shuffled together into sequences that accompany the movement of people heading from the BART station entrance through the plaza, suggesting conversations and connections between distant places and global environments. More information on Brown and these recordings is available at: http://cbmuse.com 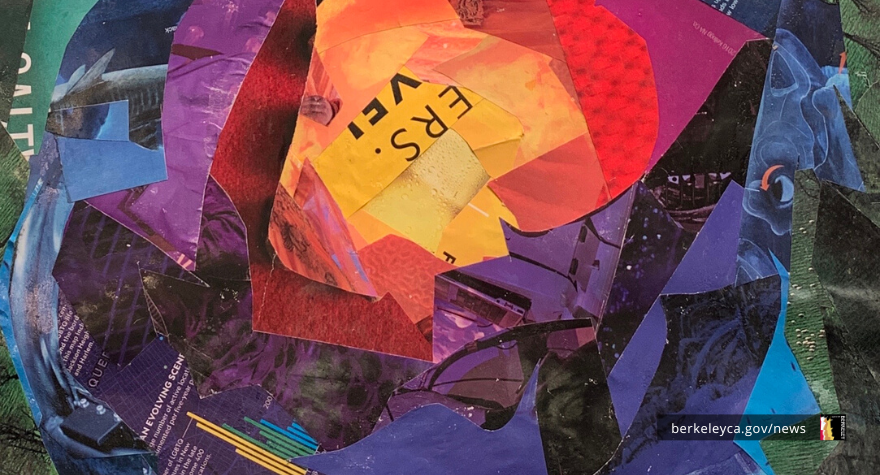 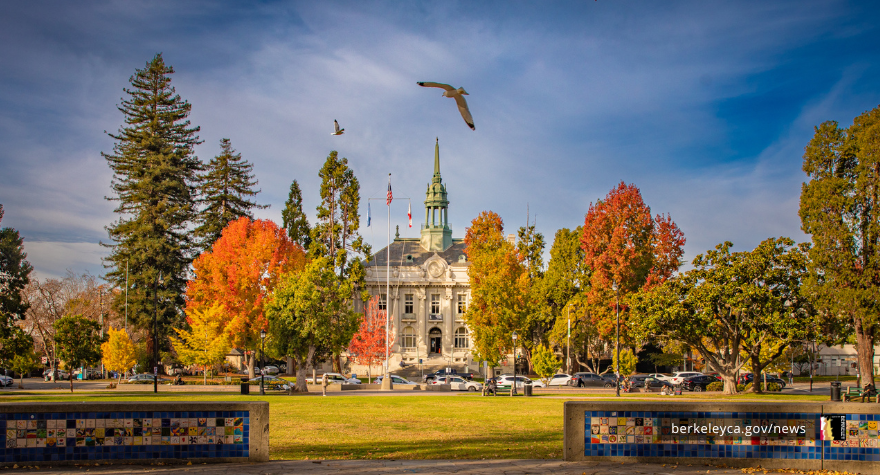 Give feedback on designs for Civic Center buildings, park, streets 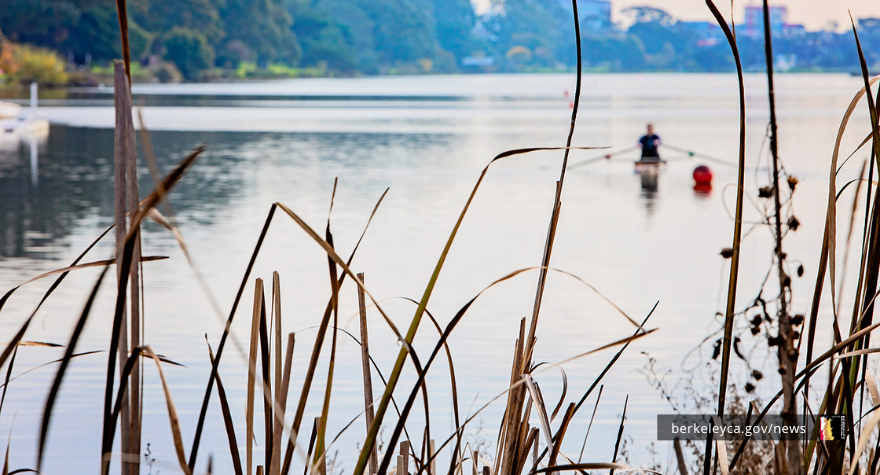 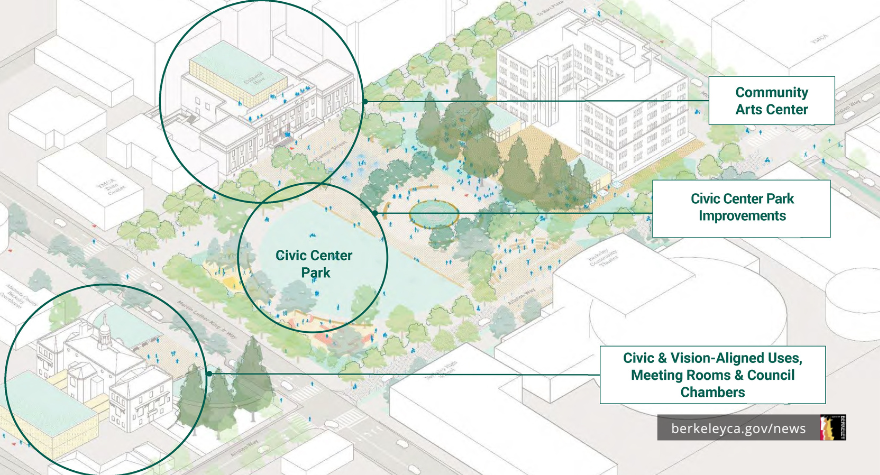